This is an odd glitch

When exporting project into a zip file of images, rather than having images automatically named frame000000000001 (or some other number), the png should be named with the name of the frame that it was on, or (if the frame had no frame) it can be named based on it’s frame number, without the extra zeros. For example: “frame1.png”

Idk if this was suggested, but there should also be an option for what frames to export into the image sequence (for example, frames 1-5 or 7-19, etc.).

When exporting a project into an svg, the green/ blue/ red outline that defines objects as clips/ clips with code/ clips with errors is still visible. The canvas size is also off 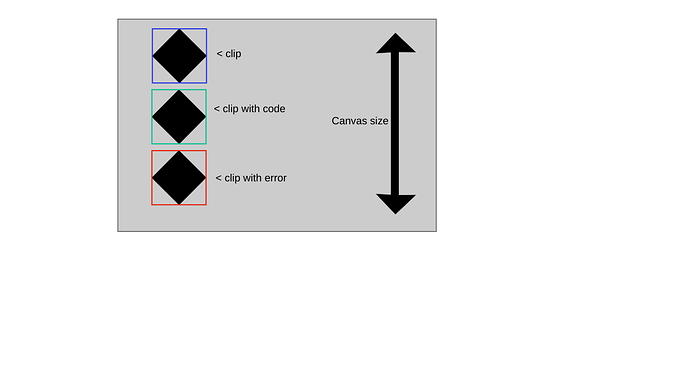 (This is an svg image, but I had to turn it into a png to upload here)