Why it seems that everything is moving in slow motion?

i’m guessing it’s just lag on his end since the sound effects are playing at full speed.

did you redo the menu song?
also, when will the update be done? I’m dying to play it.
Wait hol up, we have a god knows how big story in the making, but big wick projects take up lots of room, and are laggy.
How are we gonna execute this?

I was thinking of depending on the soon-to-come Wick Editor 1.20 to make it all run in normal speeds, since they are refactoring the renderer into it, but worse comes to worse, we convert most of everything into images.

I assume it is because of all the lines and fills, but if that does not work then I have no idea. I don’t have enough experience in game dev, with Wick Editor especially, that I might as well search up online or ask.

where can i figure out what’s being updated in the editor? the github looks untouched for many months for me.

That was what I was wondering these past few months

‘I was just going off from Forum posts, specifically from here.’

On a serious note,
Perhaps it’s better to increase the scale of the characters.
Let’s try to scale baron to nearly the mushroom platform and adjust the others from there :3 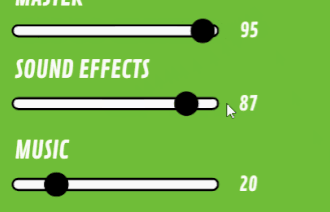 this should be relatively easily fixable (I’m not actually completely sure).

is there any way I can Help? 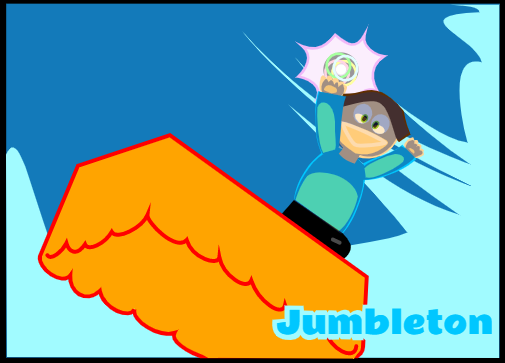 ‘Okay so I spent the last half of the day trying to use Hamzah’s method of changing volume (the fading thing), so that I wont have to change the volume of all the sounds. I kinda got it to work, but I don’t hear the volume changing… sadness…’

I’m recording the menus from a computer instead of my laptop, so it seems faster? The gameplay was still albeit slow, unfortunately that jumbleton’s sfx end a half second or so earlier than the animations.

I think I only need to do the rock footstep sounds, the “3-2-1-GO!” and “FINISH!”, then I think I’m done (unless I include scaling the characters, although I’m considering reanimating and rescaling them in the next update).

yo what since when did you change the menu music??? and the sound effects are awesome waahhttt

can you put the song on soundcloud or something I wanna listen to it, even if it’s a looping song

and… don’t you have, like, school? (or a job if you’re already past school idk) (or did school just not start yet or something)

Okay so I spent the last half of the day

honestly, I think we should let kringle do this sound, whatever app/website/software he’s using is clearly better than beepbox for sound effects.

until kringle releases the update, no one else can really do anything directly to the file…

but if you want to create or conceptualize (make specifically for reference, not directly for the game) sound effects, music, arenas, etc, you can probably do that.

and… don’t you have, like, school? …(or did school just not start yet or something)

I have until the 13th of September, which is when school starts

whatever app/website/software he’s using is clearly better than beepbox for sound effects.

I just use Audacity to record sounds that I made from the stuff at home, and change/break/modify it with the built in effects I was given. I’m glad the sounds are satisfactory, because this stuff is quite fun… although a little time consuming since earlier I had no idea what I was doing.

But whats the orange thing

It’s your lava down

special2: time rip (a rip in spacetime appears and makes you slightly visible and invunerable for 3 seconds)

tim was born in 1979 and moved to arizona when he was 9 years old on the new year of 1999 he left the house only to kick an old pocket watch by accident he picked it up and checked the date “1899” 100 years ago “that can’t be right” he thought and dusted it off to get a better look at it. it indeed was made in 1899. he cluched it going to put it in his pocket, when everything around him started flashing in all the colors of the rainbow. he rubbed his eyes to make shure he was’nt going crazy when he realized he wad floating in the air. he turned around to see a huge clock moving clockwise really fast then he appeared later 2021.

this is a alternate story to an animated video seres im working on called “Tim Traveler”.

I think we should let kringle do this sound

… i did exactly what i told jumbleton/watrmeln not to do.

i’m sure it can be drastically improved. i’m not sure how to make it sound better, it sounds a bit flat…

First, I forgot, explain context.
Second, if you wanna join show me what you got! >:3

Bro,
I know a thing about games. And I have to tell you.
On demand invincibility and the ability to stop the other player from doing anything is too overpowered

Also, it’s been a few… Weeks? Months?
Could you remind me what you managed to contribute?

should we make like a github repo or a shared google drive folder to put the latest version of the game, and to archive earlier versions of the game? and then while working on the game we replace the contents of the file with our new file. i think a github repo would be much better, because of github’s merge pull request thingies whatever it’s called. hopefully that’ll work properly on a wick file.